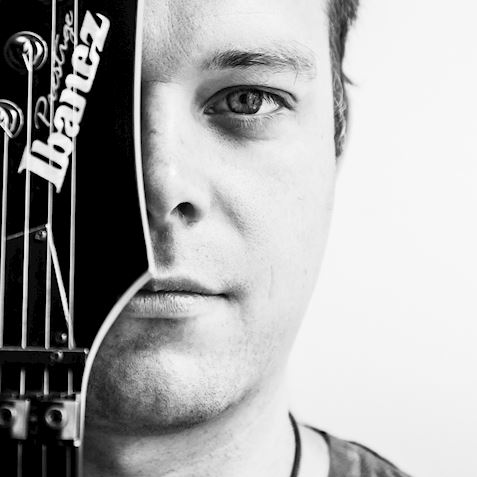 Anthony, has been teaching the Rockschool syllabus since 2006 and currently teaches all grades for Acoustic Guitar, Electric Guitar and Music Theory.

Fees by duration in minutes.

Anthony at Cutting edge Guitar has been teaching my son for 6 years now and I didn’t hesitate to start my daughters lessons with Anthony a year ago when she started middle school. Both my Children love their lessons and are progressing well. Anthony has a calm and caring nature and a friendly approach which ensures the children feel comfortable and are ready to learn. The lessons have great structure and Anthony has a long term plan for what he sees my children can achieve and he ensures they play to the best of their ability. I wouldn’t hesitate to recommend Anthony at Cutting Edge Guitar whether you have a child that requires lessons or an adult. I know Anthony will have them playing in no time at all!

I have been having lessons with Anthony for a relatively short while now but the difference to my playing has been immense. I have played guitar (self taught) for most my life, at least 33 years and I have been playing in bands all that time. Anthony manages to see my weaknesses without emphasising them and develops a roadmap of lessons which very quickly gets results. Friendly, great guitarist with clear lessons. He doesn't impose his own style or change yours. I've tried multiple online lessons, YouTube, Steve Vai academy but having an Anthony in front of you beats them all.

Anthony George is a professional contemporary guitarist and guitar teacher based in Northampton. Anthony is also a session musician and director of Cutting Edge Guitar Ltd.

Anthony is a member of the Musicians Union, and is a registered teacher with The Registry of Guitar Tutors, Rockschool and MGR music. Anthony holds an advanced DBS Certificate.

Initially influenced by the metal and rock genres and mainly established musicians such as Joe Satriani, Steve Vai and Yngwie Malmsteen he soon progressed to other styles and added the recordings and skills of blues players such as Stevie Ray Vaughan, Robben Ford and jazz players such as Larry Carlton and John Schofield. At this point, Anthony was looking for a style that had the rock sound with the harmonic sophistication of the Jazz players. Researching for a style like this exposed him to the modern fusion approach of players such as Frank Gambale, Guthrie Govan, Greg Howe and Richie Kotzen. These varied influences in Anthony's repertoire allow him to incorporate all styles of music such as pop, rock, metal, blues, jazz, funk and fusion, not only into his musical style but into his guitar lessons too.

Session work has included pit performances for pantomimes and musical shows. Since 2012, Anthony has been Director of Cutting Edge Guitar Ltd, operating in several schools and from the Big Noise Studios in Northampton. Cutting Edge Guitar provides expert peripatetic guitar lessons and also rock and pop after school and lunchtime clubs, where students can be free to express their musicality under expert tuition and guidance.

Also in 2019, Anthony launched a new way to study guitar in Northamptonshire with The Advanced Guitar Academy, which is a course designed to give the intermediate to advanced players of Northamptonshire a chance to experience music college-style learning but in a very time and budget-friendly way. To find out more about guitar lessons with Anthony, visit www.anthonygeorgeguitar.co.uk.

Things to Check Before Choosing

Note RSL Awards is not affiliated, nor endorses, any of the teachers listed on this page. Studying with a registered RSL Awards teacher does not give a candidate any advantage or guarantee a better result in a RSL Awards examination. If you have any feedback regarding any information provided then please feel free to contact us.